The annual Cornerstone Awards Dinner is the Baltimore Chesapeake Bay Outward Bound School's biggest fundraising event of the year. 2015 was the 30th anniversary of the School, and they wanted to reflect that in their collateral. We opted to juxtapose archival photos with modern photos to show the theme of "30 years on course". The first image shows the closed gate fold, which would then open up to reveal the second view. The third and fourth images are the front and back of a bifold document inserted into the envelope with the invitation. The fifth and sixth are the front and back of a program used at the event itself. 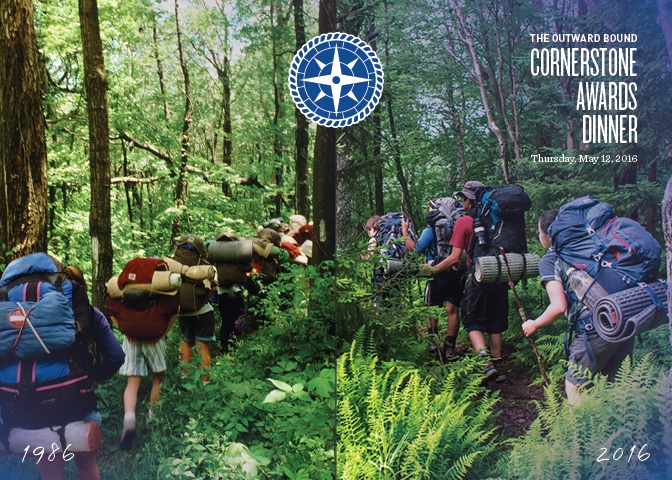 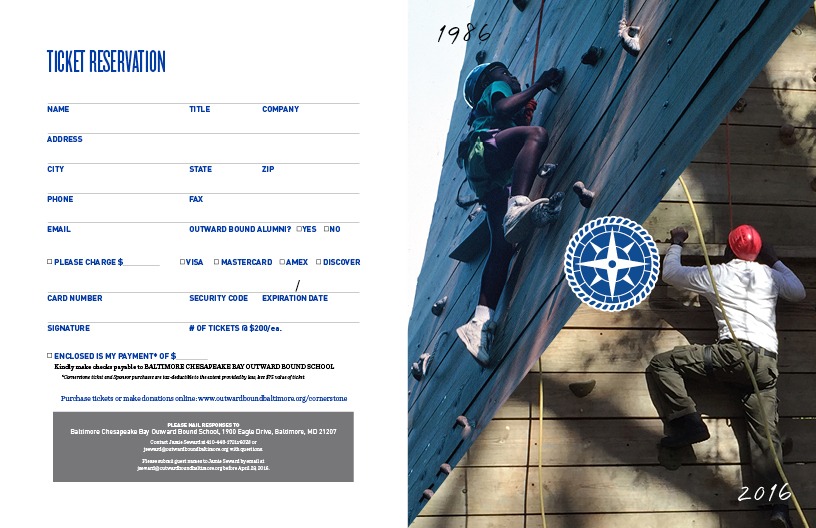 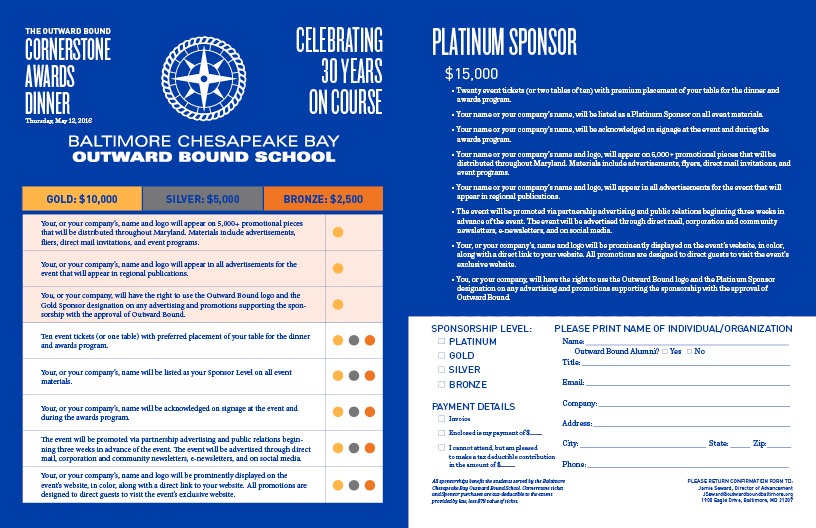 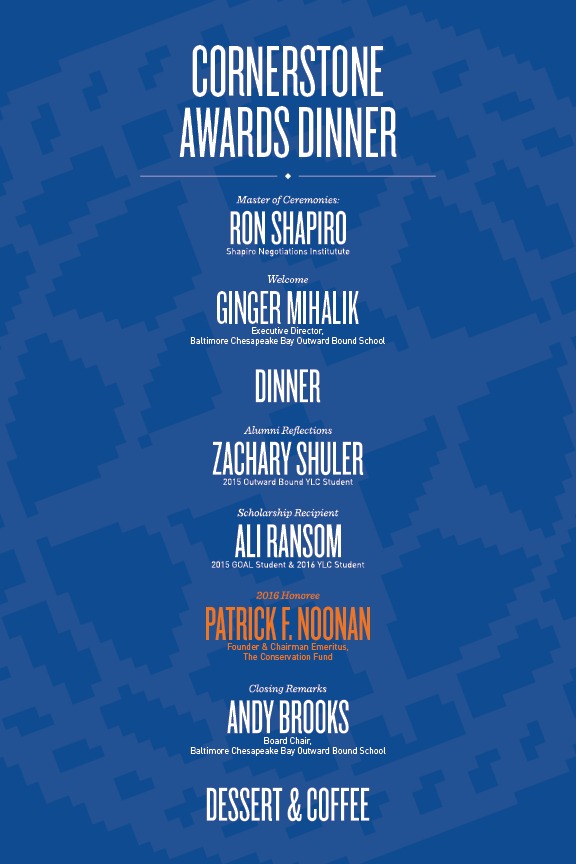 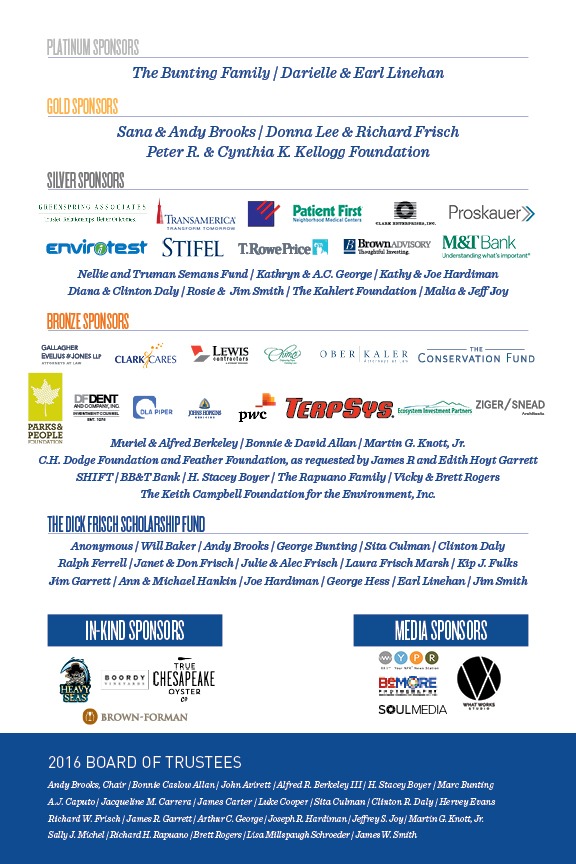